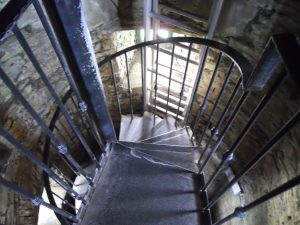 Those of us who are children of the 50’s and 60’s can remember the chant, “Give Peace a Chance!” A response to the mounting casualties with the eventual loss of over 58,000 young American lives, physical disability due to war related injuries and exposure to Agent Orange, and the psychological maiming of many others who came home only to continue fighting the Vietnam War in the form of PTSD. Unfortunately, it took far too long for this call to be heard as it was drowned out  by the message that we were there to stop the spread of communism put forth by those in power—Democrat and Republican. Those were different times then, when you didn’t question leaders. Be they within the government, military, police or church—they knew better or so we thought. We can hear the Buffalo Springfield song “For What It’s Worth” playing in the background.

As you know we have entered into some particularly challenging times. Unlike any we have seen as a world community. We have outgrown our ability to be insulated from the ravages of war, be it due to biological, cyber, or nuclear technology. One of the specific unique challenges involves the potential for permanent nuclear annihilation involving human and environmental devastation that is unimaginable. This is not hyperbole as the current nuclear bombs are 50 to 80 times more powerful than those which were dropped on Hiroshima and Nagasaki. We are now in the territory of risking the loss of hundreds of thousands, if not millions, of lives in an instant. Things will never return to what they were in our lifetime, our children’s lifetimes, and our grandchildren’s lifetimes, in the aftermath of a nuclear holocaust. We are no longer out of the reach or potential reach of this weaponry. Time is shrinking between the two.

The fallout for the “winner” of a nuclear confrontation will be world-wide condemnation. A condemnation connected to the impact such a devastating event will have in the world. As the word containment cannot be applied to this devastation. The residual impact of nuclear radiation upon the environment—soil, water, plant life, animal life, is far reaching and permanent. Equally significant, this condemnation will be rooted in the notion that there was a better way. A better way rooted in a policy of “Mutually Assured Survival” to replace the current one of “Mutually Assured Destruction” by which peace is “guaranteed” via ratcheting up the threat we can pose to each other/enemies.

We have been paying close attention to what has been happening as many of you have. The seemingly senseless build-up of North Korea’s nuclear arsenal is to ensure the life of the current regime. To us it sounds paranoic, for them it’s deeply rooted in self-preservation and survival. The collective ego energy for the North Korean populace propagandized by their leadership is intensely focused upon meeting this need. For them it is life or death. Irrespective of how irrational it and the means to achieving it may appear to us. Why not fashion diplomacy and policy rooted in the goal of mutually assured survival—both near and long term? An approach in this particular case abetted and brokered by China, whom the North Koreans do trust, who have a significant vested interest in the maintenance of stability within the Korean Peninsula. This policy can serve as the foundation for progressive, deescalating, matching steps backing off the threats we pose to each other’s survival. Sound naïve? Well the alternative appears to be a race toward insanity. Sound weak? Take a look at the words of Mahatma Gandhi and Martin Luther King who understood the power and strength of working with the best of our humanity and Divinity in resolving conflict. Sound too simplistic? It’s amazing how often obvious solutions to conflict are missed when poor/faulty/absent communication exists between the parties involved in a conflict.

It may not be as catchy as give peace a chance, but “Mutually Assured Survival” is an idea whose time has come in a world facing the challenges of nuclear, biological and cyber weaponry proliferation.

In peace and love,